Women in Property & Construction Ireland (WPCI) hosted it’s first breakfast briefing yesterday at 1 Windmill Lane, Dublin 2, with a 150 attendees networking which was followed by two-panel discussions from industry leaders. The event, which was sponsored by Jones Engineering Group was attended by women from all areas of the construction and property sector, with complimentary breakfast fuelling the 7:30 am start. 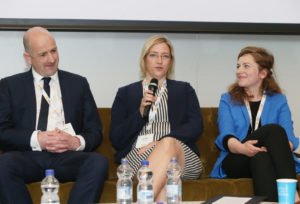 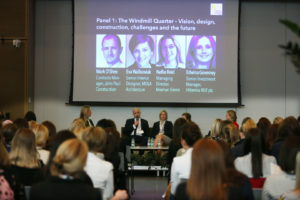 Ireland of the Future 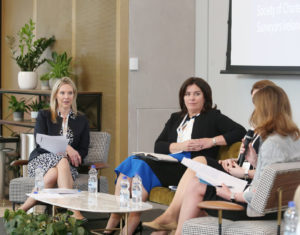 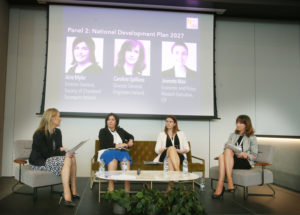 Aíne Myler, Director General Society of Chartered Surveyors in Ireland reflected on the mistakes made by successive government through lack of investment in infrastructure during a period of time when unemployment was high and prices were falling.

By the end of the current National Development Plan Myler said that “we need to be able to look back and see that we have made a good use of land in Ireland as it is a very limited resource, particularly in Dublin and our other cities”.

She added that densification of development between the canals in Dublin was necessary and would be critical in Ireland reaching equilibrium in the housing market.

Caroline Spillane, Director General, Engineers Ireland, says that Population growth means that Ireland has to change the way it plans growth of the built and planned environment and said that it was crucial to have good environments for people to live and work in. She highlighted the importance of holding the government to account on the delivery of the plan.

Jeanette Mair, Economic & Policy Research Executive at the Construction Industry Federation (CIF) said that the supply chain of skills in the construction industry is becoming ever more complex and diverse. Mair said that it will be crucial for the government to give line of site of the projects envisioned in this plan if the industry is to be able to attract skilled workers to Ireland and encourage companies to invest in new technologies.

After tremendous feedback on the event, WPCI’s Valerie O’Keeffe and Hayley Elliott said that WPCI will roll out further unique networking events, access to new business opportunities, along with expert-led events and seminars for women in the industry over the coming year. 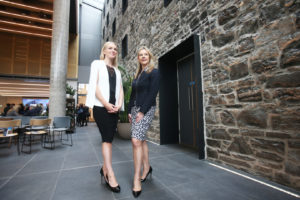 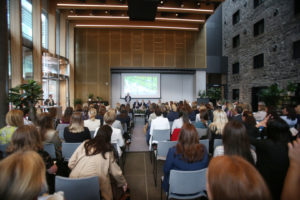