While the construction industry has taken off again in Ireland and with some big projects in the pipelines or on site for the first time in many years, Construction Network Ireland decided to put it all in some perspective and take a look at the world’s most expensive buildings.

We have excluded projects like power stations and damns and also left buildings off the list that were constructed over many centuries, or major historical sites – it is hard to really put a price on the Palace at Versailles or the Pyramids at Giza and the price of skilled labourers on both wouldn’t exactly be a fair comparison either.

There are some common themes. Hotel and casino complexes, particularly those in Las Vegas and Macau  feature heavily, and while Irish building contractors may long for projects like these they shouldn’t hold their breaths about a contract like this coming up in Ireland anytime soon   – every building on the list is situated in one of the Middle-East, Asia or the USA.

Interesting the vast majority were built after the global economic downturn had already begun, though given that none were developed after 2012, this may be due to the fact that many were planned and put in motion at the height of the boom.

The Abraj Al Bait in Mecca, Saudi Arabia, is a government owned building which is also known as the Makkah Royal Clock Tower Hotel.
Just a short distance away from the most holy sites in Islam, the Abraj Al Bait was built following the destruction of an 18th century Ottoman Citadel and sparked international outrage. 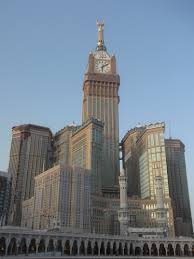 Everything is big in Singapore, one of the most developed nations in Asia and the world, but the Resorts World complex is something else.

Built on the island of Sentosa it houses a giant hotel complex of 1,500 rooms, one of Singapore’s two casinos, a Universal Studios theme park, and the world’s largest oceanarium.

What is truly phenomenal is that the entire complex was completed – from planning permission submission to the soft opening – in just four years. Somewhat different to the pace of things in Ireland. 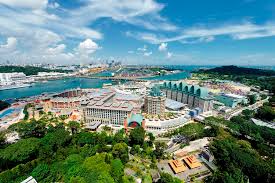 The second project from Singapore on our list is also an integrated hotel and casino complex, though in this case it is located in the centre of Singapore.

Depending on who you believe, could be further up on the list – some have speculated the cost at $8 billion, though this is believed to include the land cost. 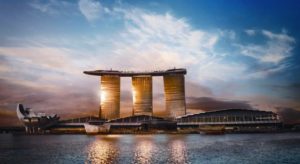 Situated on the strip in Las Vegas, the Cosmopolitan boasts 2,995 rooms in what Conde Nast Traveller Gold List as “one of the best hotels in the world”, along with 10,000 square meters of casino space and significant retail and leisure space.
While the Cosmopolitan has been a success overall, it was unfortunate to open when it did in the midst of a global financial crisis. It was sold by Deutsche Bank to Blackstone in 2014 for a reported$1.73 billion. 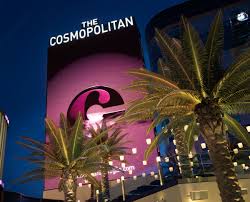 There are a number of notable aspects to the design – while it stands a conventional 104 floors high, there are 94 floors in the building; the total height of the building is 1,776 feet, a reference to the year in which the Declaration of Independence was signed; it is the tallest structure in New York and also in the Western Hemisphere. 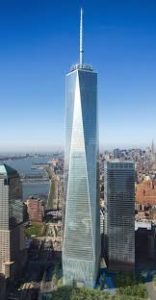 Arguably the most expensive hotel per square foot ever built, the Emirates Palace in Abu Dhabi was created with a goal of showcasing Arab culture to visitors from around the world.

Luxury doesn’t even begin to describe the Emirates Palace –   the rooms would leave most five star hotels in the ha’penny place. Of the 394 residences, 302 are rooms and the remainder are suites – 6 of these suits on the penthouse are designated Rulers Suites, reserved for royalty and other heads of state.

The Emirates Palace is situated on 1.3km of private beach, and surrounded by 85 hectares of garden. We shudder to think of the room rate. 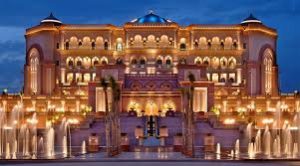 Named after casino magnate Steve Wynn, the Wynn Las Vegas is the flagship in his plethora of casino properties.

The iconic curved building on the Las Vegas Strip boasts almost 3,000 rooms of a five star quality, 10,300 square metres of casino space, along with a convention centre and vast expanses of retail space.

As well as pools, night clubs and a Michelin star restaurant the Wynn Las Vegas also boasts its own Ferrari dealership.

One of two entries on the list from Macau, the City of Dreams dwarfs some of the leading casinos in Las Vegas with almost 40,000 square metres of casino space.

Macau is a semi-autonomous region of China and run under the “one country, two systems” principle that Hong Kong, situated about 40km to the west of Macau, is subject to.

The City of Dreams also boasts 1,500 rooms along with retail and restaurant space. 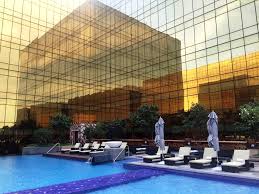 The Venetian Macau is owned by the US based Sands Group through its subsidiary Sand China and is modelled on the Venetian Las Vegas, though it dwarfs its mother resort and is now regarded as the largest casino in the world.

The Venetian Macau has over 50,000 square meters of casino space,   110,000 square metres of convention space, almost 3,000 suites along with retail and dining space.

The Venetian rode the wave of the Macau gambling boom and gambling tourism is by far the largest source of income in the region, accounting for 50 per cent of the economy. 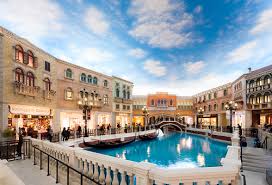 The Princess Tower is a 101 story residential tower situated in the Marina District of Dubai, in the United Arab Emirates.

Until recently it was the tallest residential building in the world – at 413.4 metres tall it was recently outstripped by 432 Park Avenue in New York. 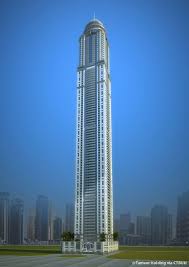