CNI in association with Construction Industry Federation ( CIF ) are running a series of interviews with returned emigrants who have come home to work in the industry in Ireland – why they left, why they came home and their hopes and fears for the future. Through this, we hope to give insight into the expectations they have about working in Ireland, what motivated them to return home, and discover what Ireland and the construction industry can do to attract valuable personnel back to Ireland.

Shane Walsh is a project manager with Rossmore Civil Engineering and qualified as a civil engineer in 2005.

After spending two years working in the industry in Ireland Shane left for Australia in 2007 for what was initially a one-year stint to see the country on a working holiday.

While he was there the industry and the economy in Ireland changed utterly and with no option to move home Shane ended up living and working in Australia for 8 years.

Construction Network Ireland sat down with Shane to talk about life in Australia and life since moving home. 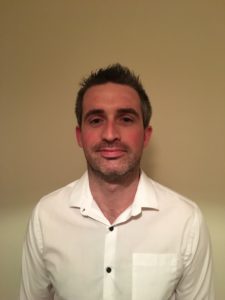 What was it that prompted you to move to Australia?

Initially it was just because I was still young, I was only 24, and we were going out there for an extended working holiday before we came back to Ireland.

At the end of the year or so that we had planned to be there things got pretty serious – the crash hit Ireland and there wasn’t really an option to come home. As a result, I spent about 8 years in Australia.

Where were you based in Australia?

It was a transient sort of job and I followed the work around Australia. I was based in Sydney for three months; a place called Bateman’s Bay for 12 months; in Newcastle for 18 months; the Gold Coast for 6 months; Brisbane for 6 months; and then a place called Chinchilla for 4 years. It was a good way to see the country!

Were you working for the same company through all those moves?

I only worked with three different companies through all of those moves and as it happened they were all companies with Irish connections.

I spent three years working for the first company, Eco Civil, then just under a year with the second company WDS. I spent 4 years working with a company called Murphy Pipe & Civil.

The sort of work that I was doing was pipeline infrastructure – water, gas, oil, sewerage.

How did you find work life in Australia?

I found it easy enough to adapt to, but you do have to work very hard over there and it is a long working day. Standard hours we worked from 6.30am until 5.00pm Monday to Friday and then from 6.30am to 2pm on a Saturday.

My last four years with Murphy’s we would work 6.30am to 6.30pm, a twelve hour day, for 21 days straight and then you would have a week off at the end of it. It’s a lot of work, but you get used to it.

The remuneration was always good in Australia – your transport was included, you got a good wage, but you really worked hard for it.

Did you intend staying in Australia for 8 years when you left Ireland?

Not at all, not at all. I expected to be home within a year. Of the people I went out with, there were bets on as to which of us would end up going home first – myself and a friend of mine were the top of the list. As it turned out I was the second last to come back, and he is still out there nearly 10 years after he left.

What was it that prevented you from coming home?

It was the lack of work at home and an opportunity for better progression in Australia, if I’m honest. I don’t think I could have found work in Ireland at the time and at the same time, there were genuine opportunities in Australia.

Coming home simply wasn’t an option – my own family were struggling with their own business and there was just no encouragement to come home. There was nothing to come back to at the time.

What was it that made you start to consider coming home?

I was still good friends with a lot of people who worked in the same industry in Ireland and I started to hear that things were starting to pick up, that the job situation was improving.

Myself and my partner also had a child, and that does change things even though you say beforehand that it won’t. Ireland will always be home and when there seemed to be opportunities to live and work in Ireland, I had to take it.

I would have hated to miss a second chance to get set up in Ireland, get my feet under the desk and start to make a go of things in Ireland – to do well out of Ireland and to do well by Ireland – so when it came up we knew it was the right thing to do.

Did you have a job lined up before you came home?

No – I was fairly confident that with the experience I had built up in my time in Australia and with the work that was there at home, that I would be ok.

We had bought a house at home in Ireland about 20 minutes from where I am from in Limerick, while we were in Australia, so our plan was to move home, renovate the property and from there settle in and find work.

How have you found things since you moved back?

After 8 years in Australia you have contacts built up and you are in the thick of it – you’ve built up a network where you know a lot of people and you know what is going on.

Moving home was as big a challenge in that sense as moving to Australia was, because a lot of things have changed, businesses you would have known aren’t there anymore and you are finding your feet in the local industry again.

How about the small things – insurance, healthcare etc?

We had a few I’s dotted and T’s crossed as we had our insurance sorted, and because we were with BUPA, who are Laya Healthcare’s sister company in Australia, we could just move seamlessly across with them.

As regards getting children set up on the social welfare system and so on – that is all a lot less streamlined than it is in Australia, to say the least.

Overall though it is very positive – your family are there, you have a support network that you wouldn’t have in Australia, so overall it has been very good.

How long did it take you to find a job?

I didn’t go chasing a job initially – we landed in May and the first focus was on renovating our home. In October 2015 once I had finished renovation work I took a job in a company that I had been talking to, but I’d only started looking to talk to people about 4-6 weeks before I started work, so it was pretty quick.

Would you do it all again?

If we had to do it all again we would. At the time I moved to Australia, there would be no way I would have gotten the work I got at home or the experience. I would have been going up for jobs against people with way more experience than me in Ireland and I wouldn’t have had a chance.

Even though it wasn’t really by choice, what I got out of Australia was regular work, great experience and having had that and getting the opportunity to come home and build on that here is the best of both worlds.

Overall are you happy with the move home?

Absolutely, we are expecting our second child and we are very happy to be bringing the family up here.

At the minute the country is gradually improving bit by bit and there is a good buzz in the construction industry as well. There is no place like home and we are very glad to be back.