The breakfast networking event was attended by many of Ireland’s leading construction professionals, including property developers, funds, consultants and construction firms and was followed by a talk by John Fleming, chairman of both Tide Construction & Vision Modular Systems, followed by a panel of speakers moderated by Carol Tallon. 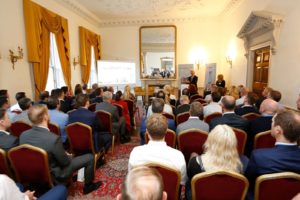 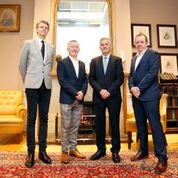 The event was held to launch C+W O’Brien Modular which specialises in designing with modular construction in mind. Arthur O’Brien, managing director of C+W O’Brien told the gathering “we’re now designing all of our residential products both in modular and in traditional simultaneously, which allows us to get the best results at tender stage”.

While many of the construction industry professionals were aware of some of the benefits of modular construction, many said afterwards that the panel had opened their eyes to just how much potential it offers.

O’Brien gave an informative summation of what has been found in markets that have already embraced modular – that build times can be reduced by in the range of 30-50%. This can lead to cost savings of up to 20% through a combination of less personnel and vehicles on sites, particularly useful in busy situations, and shorter finance times.

Two of the most interesting improvements on the traditional model came through increases in quality and decreases in risk. This is because testing & inspection is more easily achieved in a factory setting, while risks such as health & safety, weather and on-site issues where access is limited are all drastically reduced in the factory setting.

The UK Experience of a Market Leader

Modular construction now makes up 7% of the UK market, with the UK government and major pension funds investing in modular buildings for projects as diverse as hospitals, schools, residential apartments, and hotels.

One of the most fascinating aspects of the morning was learning about the experiences of John Fleming, chairman of both Tide Construction & Vision Modular Systems in the UK. Fleming needed no introduction to the gathered audience, but the UK sequel to his career in Ireland is not as well known here.

Tide Construction is one of the biggest modular developers in the UK and has completed many large-scale developments in London over the past 8 years, and recently completed work at 101 George St, a 44-storey, 135m-high residential tower in London, which is officially the tallest modular construction in the world.

Vision Modular Systems builds the modules in a custom-designed 160,000 square feet factory in Bedford. The two companies are now considered world leaders in modular production and construction, having worked on buildings from 2 stories to 44 stories in the UK since 2011.

Fleming told the event that modular offered tremendous benefits to the industry but that keeping standards high was key to making sure that the practice gains the foothold here that it has in the UK. He urged developers not to try to get a cheap & cheerful system – for high-quality products the savings are time and related funding costs.

“Developers should prioritise the best quality build, at the best price, as fast as possible – our modular production offers them reduced risk, certainty of progress, certainty of cost & reduced production times. We can do all of this along with a smaller site footprint, which in an urban setting means better builds, with significantly lower emissions & waste”, Fleming said.

Fleming used many of the sites that Tide Construction & Vision Modular Systems have developed over the past 8 years to illustrate the benefits that modular offers as well as the quality of the finished product, which Fleming said could be “anything from 2 stars to 7 stars” depending on the needs & budget of the client.

Many of the sites that Fleming’s companies have developed in London are train track adjacent and in a very tight site, Fleming says that modular is a vastly superior means of construction, which can result in 60% less site personnel along with 80% fewer vehicle movements, resulting in less noise, dust & transport-related emissions.

This means time on site can be reduced, developments can be completed earlier which leads to less disruption to surrounding neighbours and fewer issues with local councils.

The health & safety benefit is enormous – workers building the 36th floor on a Tide Construction development do so while working in a clean, dry ground floor environment, with no stoppages for weather related incidents and workplace-related injuries can be brought close to zero in a way that is impossible on a traditional site.

The round table discussion brought different perspectives to the modular discussion. As Declan Wallace, CEO of Evolusion Innovation explained, the Irish market currently lags the UK in investment in modular construction and current building regulations are a barrier in this regard.

“One of the biggest challenges is getting acceptance from fire officers for offsite manufacturing. Ireland’s building regulations weren’t written with modular construction in mind. We need fire regulations that are as rigorous or more rigorous than they currently are in terms of safety, but that are reflective of the best of modern building practices”, Wallace said.

From a design standpoint, Arthur O’Brien of C+W O’Brien Architects said that the benefits of modular are significant but that the perception of what modular can be has been hampered in Ireland, as it is associated with prefabs rather than the standard of building that Vision Modular Systems and their contemporaries can produce. O’Brien said that he sees “no need to compromise on design. From a design perspective it should look just as good as a traditionally built building and all our designs are currently done with both traditional and modular construction in mind”, O’Brien said.

When asked during the Q&A if he saw modular as a genuine game changer for developing property in Ireland, Gary Cooper, Development Director of Ronan Group Real Estate said that it is a case of ‘when’ rather than ‘if’ modular construction practices take off in Ireland:

“We’ve seen huge innovations in factory-based construction over the past 25 years and as John Fleming and his companies in the UK have proved, the quality of the product is second to none. The game changer for us is moving from a productivity model to a manufacturing model. Time savings, the ability to operate with less onsite personnel & vehicles and reducing weather as a factor, means that the industry will inevitably move towards using this model on a much larger scale in the coming years”, Cooper said.

John Fleming may have no plans to work on projects in Ireland for the foreseeable future, but he and the rest of the panel left the room convinced that modular will not just play a large part of the future of Irelands construction industry, but that it is already changing the game around the world – and an Irish man is at the forefront of this industry. 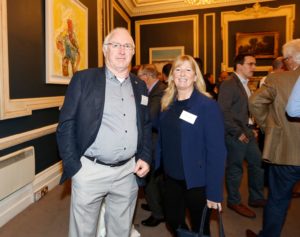 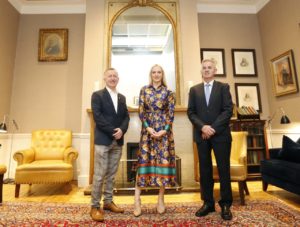 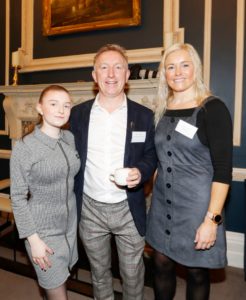 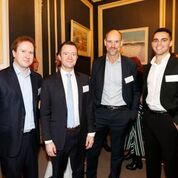 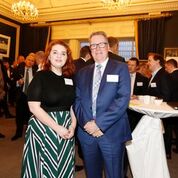 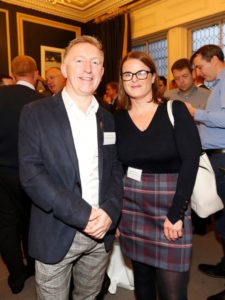 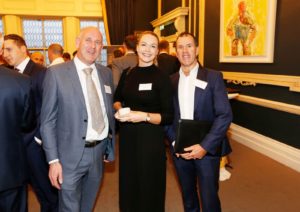 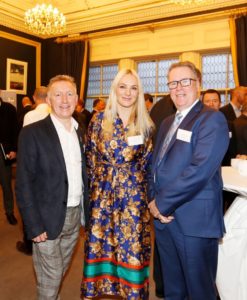 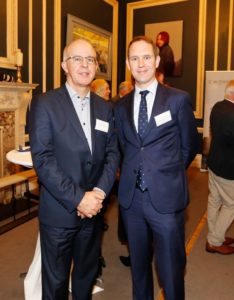 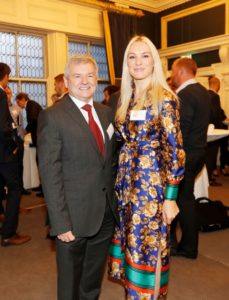