Over the next 4 weeks, CNI in association with CIF will be running a series of interviews with returned emigrants who have come home to work in the industry in Ireland
– why they left, why they came home and their hopes and fears for the future.

In 3 and  ½ years in Australia Philip Loughran built a name for himself, starting a construction firm, Oakleaf Construction, which was thriving and growing each year.

Despite great weather, a great quality of life and some good prospects for future expansion, Loughran and his wife decided to move their family back to Dublin in March 2015, a move he says the family is very happy with.

Construction Network Ireland caught up with Phil in Castlebar, Co. Mayo, where his company is working on a development of 90 homes, one of many projects the company are working on at present. We asked about life in Oz, life in Ireland and why the choice to move home was the right one. 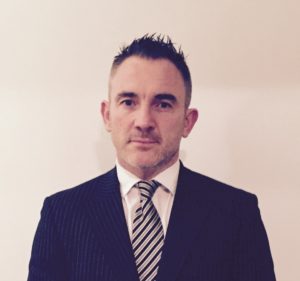 How did you get started in the construction industry?

“It started with my carpentry apprenticeship when I was 18 years of age and my first 3 and a ½ years in the industry were spent travelling from Cookstown to Belfast in the back of a van, an hour there and an hour back. There wasn’t a whole lot of work then – thankfully things have certainly moved on a lot since, particularly the health & safety aspect!”

How did things progress from there for you?

“I started as a one man operation taking on what work I could, which was mostly extensions and one-off houses. By the height of the boom I had a good staff and a good trade of work, working on projects for larger clients such as Paddy Power and Permanent TSB as well as smaller clients too. We had built a good business and despite the downturn, things were actually manageable; although the building trade had slowed down we hadn’t over-extended ourselves”.

What was it that prompted you to move abroad then?

“We left the country in 2011 to go to Australia, not so much out of necessity but out of frustration. Prices were getting really unreasonable, it was getting harder to get paid and the tendering process was quite laborious – you would end up having to tender for a job at cost price to keep ticking over, and there was always the danger that you would not get paid”.

“The whole situation clarified in our minds that we wanted a change of scenery and to see a bit of the world for a while. Our thoughts were that we would travel for a year and see how things went, but when I got to Australia I met a few people over there and the job offers began to come in. At that point the market had started to deteriorate in Ireland so we decided to weather the storm in warmer climes!”

How long were you in Australia?

“We ended up staying for three and ½ years – I set up a company, Oakleaf Construction and had a good team working for me on some interesting projects and we really enjoyed our time there. There are definitely opportunities for people who want to get up off their backsides and go out to get some work in Australia”

“Australia was really good to us; our first job was converting an old warehouse into a microbrewery. There is a very successful brewery working there now called Green Beacon microbrewery. The work kept coming and didn’t stop right up until the point we came home.”

What prompted the family to move home?

“We loved Australia – the weather, the work, the people, the lifestyle – but it was never going to be home for us. No amount of sunshine was going to replace family and friends and that becomes a lot more apparent when you have kids and you have to decide where you want to put down roots”.

“It’s a very romantic idea, living in Australia, and it is a great country and a great lifestyle. When I tell people that we worked in Australia for 3 and ½ years they generally ask ‘what the hell are you doing moving home?’ but the answer is in the question – it’s home”.

Do you feel you have learned a lot through your work in Australia?

“I feel that I have come back with a wealth of knowledge from the work I did in Australia, particularly from the training and the building regulations over there. The industry over there is very regulated – you have to get a builders licence just to be able to operate. It wasn’t an opt-in thing, it wasn’t a nice thing to have, it was law.”

“My builders licence only allowed me to build up to two stories high – I would have to progress a further four years to get a licence to build apartments or high-rise. They are vigorous with their standards, and that is a very good thing”

Before you moved home, were you lining up work ahead of time?

“I was certainly in contact with friends, work colleagues and former clients, all of whom I had left on very good terms with. The feedback I was getting was that there was work here, albeit a lot of it around Dublin, but that didn’t really bother me as we had made Dublin our home for the best part of 20 years”.

“It was good to hear first hand from friends that there were prospects here, not just hearing rumours. Before we moved back I made contact with my old clients who are mostly architects and engineers and asked to be put back on their tender list and given my history with them that wasn’t an issue.”

“I think for anyone who is coming back it is wise to look at the job prospects, as it can take time to get things moving.

Would you have any other advice for someone considering moving home?

“There are silly little things that can take a long time to get sorted which you have to bear in mind. I would advise anyone who is coming home to bear them in mind – for example our insurance company were willing to take our proof of insurance and no claims record in Australia into account and that actually got us a good discount.”

“Just because Ireland is where you’re from, it doesn’t mean that things will be just waiting to fall into place for you when you get back – you need to put the same amount of research into coming home as you did when you were moving away.”

Has Ireland & the industry changed for the better?

“Ireland has certainly changed over the past few years, and a lot of the frustrations we felt with Ireland when we left have lessened significantly. The challenge to us now is in getting good sub-contractors to work – unfortunately a lot of people we would like to have working with us are on sites in Australia, Canada and elsewhere”.

“The Ireland that we left is very different to the one we came back to, both socially and economically. One of the issues that encouraged us to move abroad was the difficulty in getting paid by main contractors but the new contracts act will really help with that.”

“No longer is it OK to say ‘you’ll get paid when I get paid’, if you have done work and there are no issues with it, they now have to pay you. That will go a long way to alleviating the issues that a lot of small and medium-sized firms face.”

Are you happy with the move?

“In a word – absolutely! We loved Australia, loved the lifestyle and the environment, but we just couldn’t make it home. We have never regretted the move home and we are really happy to be back here”.