LMC Group-Now the sky is the only limit

LMC is the rapidly expanding group of companies headed up by founders Martin Lydon and Stephen McConnell. The company has a highly experienced technical and engineering background and it has weathered storms that would have sunk some much larger and longer established companies. It is currently undergoing a period of rapid expansion and they are busy working on a plethora of contracts for public and private sector clients.

Lydon and McConnell recently sat down in their Dublin Headquarters to talk to Construction Network Ireland about the story behind LMC and how they have grown the business from a tiny firm to becoming a successful engineering and facilities management company with more than 100 employees.

Martin Lydon and Stephen McConnell first met when they were assigned to work on a project in Limerick in the early 1990s by the engineering company that they were employed by at that time.

They soon realised that they were both travelling up to Dublin at the weekends to spend time with their partners. As a result, they spent lots of time commuting between the two cities in a shared car. The duo soon became firm friends and the discussions that they had on those journeys eventually resulted in the planting of the idea of setting up LMC.

Fast forward a decade. The reason that Lydon and McConnell did not strike out on their own for more than 10 years was simply because they were very busy building up the Limerick office that they had set up for the firm that they were working for at the time. However, then the recession struck.

“We had built that office up from scratch – to the point where it accounted for more than one third of the entire company. Our team was made up of the best people that we had encountered over the space of 13 years of the busiest period in the building industry. When the crash happened in September 2008, the company closed the Limerick office overnight and we were all made redundant.’’

Working on instinct, they decided that their opportunity had to be taken quickly. The dynamic duo launched LMC Engineering and immediately started to contact and hire back as many of their original team as they could – backed up with some highly recommended financial people who had also become available due to the onset of the recession. They had no start-up money. However, after 13 years in the business they did have one hugely important asset – their reputations.

LMC leveraged this reputation to get credit, get contracted and to hit the ground running, but it was not all plain sailing. One of the first contracts that LMC undertook was Letterkenny General Hospital.

“One day about six months into the contract, we showed up at the site and we were told that the main contractor had gone into receivership,” McConnell recalls. “Almost everything the business owned was on the site and we naively thought that we would be able to come back to get it in a day or two. We were in for a rude awakening.”

All told, the fledgeling company was owed about €600,000 – the sort of money that would sink most new businesses without a trace.

“That is when the hard work really started,” says Lydon.

Set Up For Success

The business began to grow slowly – despite the combined problems of the recession and the crowded market of long-established companies bidding for an ever-decreasing number of projects. LMC was not set up to be a small company.

“We are not just installers: we are and always have been a company with firm technical knowledge and an engineering background. We bring value to the table because we have a big machine behind us, but in the depths of a recession where everyone is fighting to get you to the lowest price, it was very hard to sell this approach,” says Lydon.

In order to display their technical ability, the company started to tender for a lot of government work. The jobs were modest at first – in many cases not paying enough for a profit margin – but they turned them around quickly and were able to tender for bigger jobs on the back of producing quality work. It was the emergence of Primary Care Centre contracts around Ireland that allowed them to show off their technical capabilities and the many qualities that they can bring to contracting projects.

As the contracts began to build and the market began to recover, the scale of work expanded and LMC was awarded projects in other sectors, including the education sector and Institutes of Technology and Universities: for e.g. the Human Biology building in NUIG and the Glucksman Library in UL, as well as projects in Sligo IT, UCD and DCU.

The steady build-up of government work could not have come about without one very important factor – process. What McConnell and Lydon identified from early on was the importance of processes and procedures. The imperative was to have these set up, used and followed up by all team members. With these procedures and processes in place, the company could then successfully grow while also providing the best service possible.

LMC came across another revenue stream from an e-tender application for a relatively modest job in a secure location – a contract in C-Wing in Mountjoy prison.

“It wasn’t a massive project, but we pride ourselves on being trustworthy and hard-working people that always carry out an excellent job. We add value to each project in terms of design, development and value engineering and we employ great people,” says Lydon.

This initial job turned out to be one of many. On the back of it, this contract has led to LMC qualifying, winning and completing numerous projects in the prison service over the past few years and the company continues to work closely with The Irish Prison Service.

The aim of LMC was to always bring added value to each completed project.

“From the very beginning, we offered the first year of Planned Preventative Maintenance (PPM) post Practical Completion (PC) to each of our clients. Our performance in the first year has more often than not resulted in our clients continuing to avail of this service and entering into three, five and seven-year Maintenance Contracts. This is part of LMC’s ethos of complete lifecycle care and it led naturally to the birth of LMC Facilities Management (LMC FM). We added the offering of a 24/7/365 Helpdesk service for reactive maintenance in 2013,” explains Lydon.

The establishment of the Helpdesk for reactive maintenance was a defining moment for LMC FM.

“We went live at 8am in February 2013 and the first call came in at one minute past and it has not stopped since,” says McConnell. “It was a steep learning curve for all of us, but one that our team was more than able for. We are continuously building our knowledge, we are always excited about what we do and we are proud that we have dynamic offices full of very talented people.”

LMC FM has gone from strength to strength – building on each contract and competing and winning contracts against larger and longer established companies in the sector.

“We knew that our selling point was that we had a technical and engineering ability and that most of the other companies – who were coming from catering and cleaning backgrounds – simply did not have. We also have a proven track record for delivering quality work,” says Lydon.

LMC facilities management is now expanding into the education, retail and healthcare sectors and primarily focusing on multi-site contracts that can complement their current clients.

“We can offer centralised and managed solutions to a client’s facilities management issues, which will allow for continuity across their estate in terms of quality, process and buying power,” says McConnell.

LMC Facilities Management currently covers more than 80 disciplines. In addition to self-delivering as many as possible of these disciplines, they also employ more than 150 approved specialist subcontractors.

LMC Group is already a large company, but the steady growth of both the engineering and facilities management sides of the business means that they are hiring new staff on a weekly basis. After nine years on their own, Lydon and McConnell have come full circle to the point where they are happy with the space in which they operate and they are looking forward to a positive future.

“We were never happy with being a small company and we never acted like a small company. Over the past nine years, we have been really focused and determined and we have worked very hard to get back to the space where we are happy and comfortable with running a large multi-disciplinary and well-managed group of companies that we are proud of,” says Lydon. “Thanks to the help of brilliant staff, reliable suppliers and great clients, we were able to achieve all of this so far. Now the sky is the only limit!” 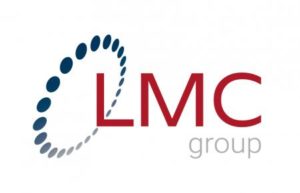 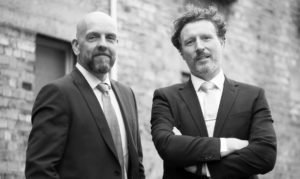