“I think once you come back here, you have to embrace this country – it’s an absolutely brilliant place to live and Irish really are a great people. I had to move abroad to really appreciate that and I can appreciate it more now that I am back”, John Mulvey.

John Mulvey, from Glencullen in Co. Dublin, is an Associate Director in Ethos Engineering, the award winning engineering firm based in Sandyford, and one of a generation of returning emigrants re-adjusting to life in Ireland.

After graduating with a B.Eng from DIT Bolton St. in 2006 and decided that he had to get out to see a bit of the world. He moved to Australia for a year, and a decade later he was an Australian citizen working in a Senior role in a major engineering firm.

A prime example of someone who makes the most out of any opportunity, John made a great life for himself in Australia, but when he decided he wanted to move home he threw himself into that too.

A short meeting with Greg Hayden in Ethos Engineering on a trip home turned into a Skype interview in Australia and a job offer a few weeks later. Not one for kicking his heels for long, John landed in Dublin on August 10th 2016 and was at his desk in work on August 18th. 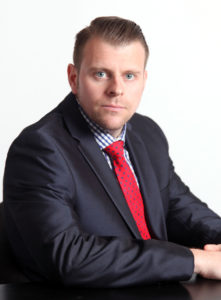 Did you have your job lined up before you moved back?

I did – I was home at Christmas 2015 and a friend of mine who I had been with in Australia was working in Ethos. He told me to come in and meet Greg Hayden, so I went in for a 15 minute conversation. Two hours later I was still sitting with Greg – to be fair we can both talk! – and we hit it off.

There was no job offer at that point, but it made me think more about moving home and I thought to myself that I needed to make a decision one way or the other – stay and properly settle down in Australia, or make the move home.

I thought about it over Christmas, and when I went back to Australia I went straight in to my boss, who I had worked for, for nine and a half years, and I told him I thought it was time to move home.

He understood, and the company were great about it. I made a commitment to stay for six months to finish up a big project I was working on in Queensland and to make sure everything that I was responsible for was looked after.

In April I got an email from Greg asking me to do a Skype interview with Greg and Colm Devin – we talked for an hour and a half and shortly after I got a job offer. The contracts were signed in May, so things really heated up after that.

How did the move to Australia come about?

I finished in DIT Bolton St. in 2006 and then jumped on a plane. I had lived at home through college and when I finished I thought to myself ‘I need to see a bit of the world,I need to get out of here’. I moved to Australia for what I thought was a year, and I didn’t end up leaving until 10 years later.

When I left the building industry in Ireland was in great shape, but then while I was away the recession happened and I suppose I used that as a bit of an excuse – ‘I can’t go home now, there’s no work’ – but being honest I had no interest in coming home.

I was getting great experience, great work and good money, and I had opportunities there that I would never get here.

Did you work with WSP for your entire time in Australia?

I did. I joined them as a graduate and then worked my way up to Associate, running the mechanical engineering team.

When I first arrived I spent seven months in Melbourne, labouring, from December to July. I don’t know if you’ve ever been to Melbourne, but it starts to get cold in July and I thought to myself “I didn’t come all the way to Australia to be cold, and I didn’t spend five years in college to be working as a labourer on a building site!”

So I found out where was warm in Australia – Brisbane – and joined a company called Lincoln Scott who were later taken over by WSP.

I spent nine and a half year in Brisbane and its a really great city. It’s not dissimilar in size to Dublin, about 1.5 million people, probably a lot quieter and more spread out, but you would walk it in a day. It is a really nice place to live and work.

Were most of the projects based around Brisbane?

I was lucky enough to work on a Six Star Marriott resort over in Fiji, so for that project I spent a lot of time down in Fiji, which was great!

Most of it was in and around Queensland, but Queensland is massive geographically and the sort of projects you can be working on can vary wildly – you could be working on a correctional facility in North Queensland, then your next job could be a massive Casino.

To be honest, without that experience and exposure and the size of the projects I worked on over there, I probably wouldn’t have gotten into Ethos at the level I have gone in at. There are great opportunities over there [in Australia] for young people with a bit of passion and I really feel I made the most of my time there.

I have very fond memories of my time in Australia and I’ve come out of there with a passport – I’m a citizen now too so that option is always there – but to be honest I am very content now that I’m home. I know that I’ve made the right decision and I know that I’m working in the right company.

What prompted you to move home?

The main reason was family – I came home every Christmas and it’s always great when you’re there and also nice to go back to the life in Australia, but you notice your parents getting older each year and over the last couple of years that really got me thinking about where I wanted to be.

It was an easy decision to make in a lot of ways and a lot more straightforward for me than for those who have families, schools and so on to take into consideration.

Once I made the commitment to move I pretty much immediately moved out of my nice apartment, sold all my furniture and moved into a shared house, renting a room. It made it easier to cut the chord when the time came to actually get on the plane and come home.

I also got to feeling that I had spent 10 years there and had really enjoyed it, but it’s a young man’s game – you really want to be moving out there when you are 23 or 24 and a decade on it was time to settle down a little more, and I felt I wanted to do that in Ireland rather than Brisbane.

You have great days and routine days in Ireland just the same – but the difference is that over here I can nip across the road and have a cup of tea with my parents and I couldn’t ever have that there.

Is it a big adjustment working in Ireland having never been in the workforce here?

Yes and no. The consulting side of my work is the same the world over – you’re trying to facilitate your clients needs and make sure that they are happy to pay their bills – but the sort of engineering projects we would be working on would be different than they would be in Australia. A lot of the work in Australia involved air conditioning, but radiators they didn’t need!

Thankfully the role I am in means that I don’t have to get down to the nitty-gritty of that, we have great people with experience in those areas, but it is a great opportunity to learn. I’m learning everyday which is great and which I love.

If you were to advise someone thinking of moving home, what would you say to them?

If you have a reason to come home and you want to come home, book your flight. It’s great coming home at Christmas, but then when you get back you settle into your routine, and you think to yourself ‘maybe I’ll stay another year…’

If you have a reason to come home, then you need to set yourself a deadline – two years ago I didn’t have any sense of urgency to come home, but once I had decided, I went for it.

Having the role in Ethos lined up was a big help as I didn’t want to take a step down to move home.  If you have a good life abroad, you absolutely have to have either a job or prospects lined up so that once you’re here, you’re happy to be there.

For me, I also found it good to hit the ground running – I got home, got my car, got insurance on the house and the car, joined a gym, and then started work two days later. I think if you come home and you’re in a sort of limbo, it could be very daunting.

I think once you come back here, you have to embrace this country – it’s an absolutely brilliant place to live and Irish really are a great people. I had to move abroad to really appreciate that and I can appreciate it more now that I am back.

I’m 100% sure that I have made the right move and 100% sure that I am working in the right company. But would I advise young people to move abroad to get some experience if they have that urge? Absolutely, I think I’m a much better person for it.

Ethos Engineering is currently expanding and will be seeking to recruit high-quality staff across all disciplines.