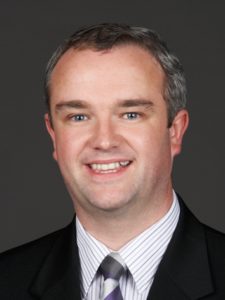 We start with Allyn Jennings, a Senior Quantity Surveyor from Cork and a graduate of Limerick Institute of Technology.

After spending 10 years working as a QS, Allyn took a year off for some travel in late 2008. Just a few months into that year off, it quickly became apparent that the state of the economy in Ireland meant that returning would not be an option for quite some time. What began as a three month visit became almost eight years working in the Australian building industry, before he returned home with his family in July 2016. He now works as a Senior QS for a nationwide construction firm called Townmore Construction.

Construction Network Ireland talked to Allyn as part of the Home to Work series with CIF about his experience in Australia, what he learned there, and the reason his family decided to move home to Ireland.

How long were you working in the construction industry before you emigrated?

I had ten years in the construction industry after graduation, as well as a year long placement while I was studying, so I had a good ten to eleven years experience as a client side PQS (professional quantity surveyor) before we decided to move abroad.

What was the initial motivation to move abroad?

Initially, we had thought that we would take a year off to travel, to gain some experience working abroad and see a little more of the world. Little did we know that when we were moving abroad that the state finances and the economy were in such a dire state.

When we left there was a poor sentiment about the health of the economy in the immediate future, but by the time we had spent 3 months away there was no real opportunity to come back because the industry deteriorated so completely in such a short period of time.

I had left on good terms with my employer and with the knowledge that the door would always be open for me, but given the tumultuous manner of how things turned out, we had to change our plans for our lives quite drastically in a short period of time.

We had planned to spend a few months in Australia as part of our overall travel and when we got there I managed to pick up some work quite quickly. We spent two years in Canberra, and then about five and a half years in Melbourne.

There are definitely comparisons that you can make in the contracting methods and procurement, although I did see variety there – in Ireland you would see a lot of lump sum contracts while over there you would see a lot more managed-build and design-build arrangements, along with hybrids in different procurement methods, which was really interesting.

Because it is such a large country, there is also a lot of variety between different states and cities. In Canberra they really liked managed-builds, whereas in Melbourne there would be a lot more variety in how clients and contractors approached things.

Were there different opportunities in Australia?

There is definitely demand for people with my skill-set in Australia, because of the training & qualifications we undergo in Ireland, as an Irish QS you are considered very well-trained and very well-liked – Irish construction professionals have a great reputation in Australia.

Were there transferable skills that you picked up in Australia that you can implement here?

There was, particularly in terms of dealing with and assessing risk. In Australia, the client can be risk averse and try to pass risks onto the contractor and even standard forms of contract can be heavily amended. You have to go in with a very strong idea of what your attitude to risk is.

When I left here the Public Works contracts were in the process of changing and the experience of dealing with risk apportionment and cost certainty in Australia has helped with dealing with those changes.

What was it that prompted you to move home?

The number one was family – we have two children and youngest was ten weeks when we moved back. We knew that if we were going to move home we would have to do so before they were tied to a school or anything like that, in order to be fair to them.

We thought about where we wanted our kids to grow up, and the relationship we wanted them to have with their grandparents and family and we decided we were going to move home, so we arrived back in the country in July.

What is your current role?

I’m a Senior Quantity Surveyor with a building contractor in Tullamore, covering all aspects of the QS role across various sectors from schools and public works, to apartments and residential. Delivery of projects from a cost point of view is my main responsibility.

Did you have that role lined up before you came home?

I didn’t – there are a lot of roles out there, I was frequently contacted by recruiters while in Australia asking if I was considering returning to Ireland, but on the ground, it can take time to get the right role and that was something I hadn’t anticipated to be honest.

We arrived back in Ireland in July and by the time I started in my current role it was October, and if I were doing it again that is something I would certainly address first off.

The issue was finding the right role rather than there being a lack of roles – we are based in Portlaoise now, my role is based in Tullamore but the jobs can be all over the country so I am travelling every week.

Are you happy with the move home?

We are and it was definitely the right thing to do. There are aspects of life in the southern hemisphere that of course you would miss, but overall our sentiment is very positive.

You see the relationship that your kids are developing with their grandparents and their aunts and uncles, running in the door to spend time with them.

If we were still living in Australia they might get the chance to do that once every year or once every two years, and that would be a very different relationship.

Living in Australia was a great quality of life, but it can be isolating if all of your family is here, quite aside from the opportunities here.

If you were going to advise someone living abroad who was considering moving home, what would you say?

I would definitely explore the job market before making the move home, ideally lining up a few job interviews before you move home. I was frequently contacted by recruiters while in Australia asking if I was considering returning to Ireland

In our situation with kids, I wanted to get a good role as soon as I could after we moved home, so it was a fairly intense few months to get that over the line – if you have that lined up before you come home it would be a lot easier of a transition.

One of the things that you have to bear in mind is that a lot of the opportunities are centred around Dublin, which is fine and you would expect that, but given the housing market in Dublin you will burn up a lot of time and money trying to find somewhere to rent or buy in Dublin, along with the job hunt.

Simple things like PPS numbers, driving licence, getting kids under six years of age set up with GP visit cards, getting your details sorted with Revenue and all the little things like that which you have probably forgotten about all have to be taken into consideration, as they all take time.

Some of it is unavoidable, but if I had my time back I would have ticked a few things off the list before I jumped on the plane.