In our first annual ‘12 Projects of Christmas‘ we have celebrated the best of Irish architecture, design and engineering from 2016, and while it has been conducted in no particular order, we have certainly saved one of the best for last.

The conversion of the former St. James Church, first opened in 1859, from a disused and neglected former house of worship which spent time as both cash & carry and lighting showroom, into the showcase for 21st century distillation is a joy to behold.

Built to the design of Joseph Welland, it was deconsecrated in 1960s and the interiors were neglected and converted with little regard to its original grandeur. While not the only insult to the original design, the Church Spire was removed in the 1940s as it was a danger to the public.

The beauty of the final design is that it isn’t an attempt to replace what has been stripped away, but a beautiful re-imaginging of what the building should be, replete with a striking glass spire that can be identified from around the city.

The new spire has revealed itself to the Dublin public in 2016, but the ultimate reveal is yet to come. In summer 2017 the faithfully restored interior and the adjacent new build interpretative centre will be opened to the public 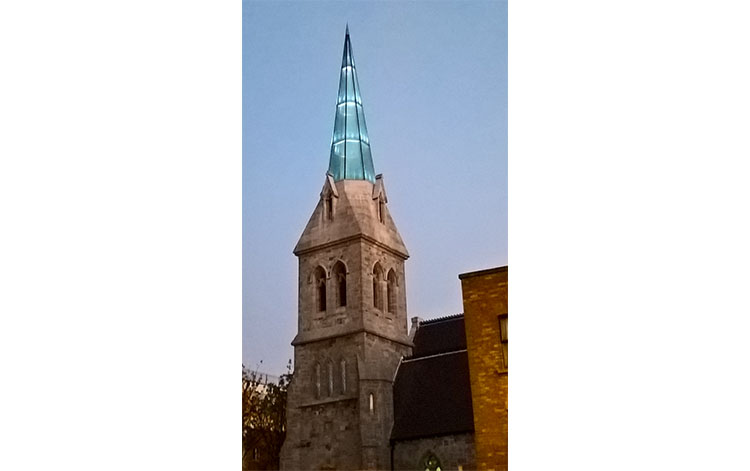 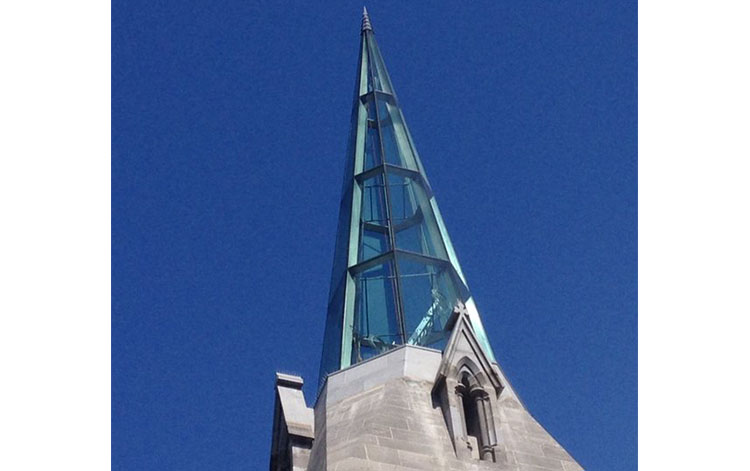 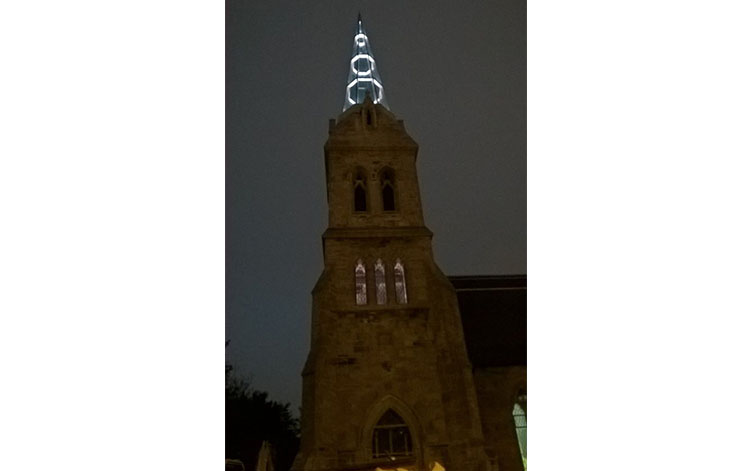 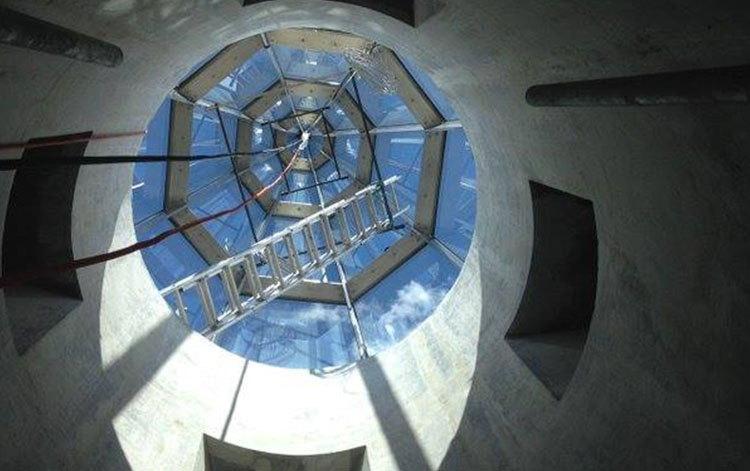 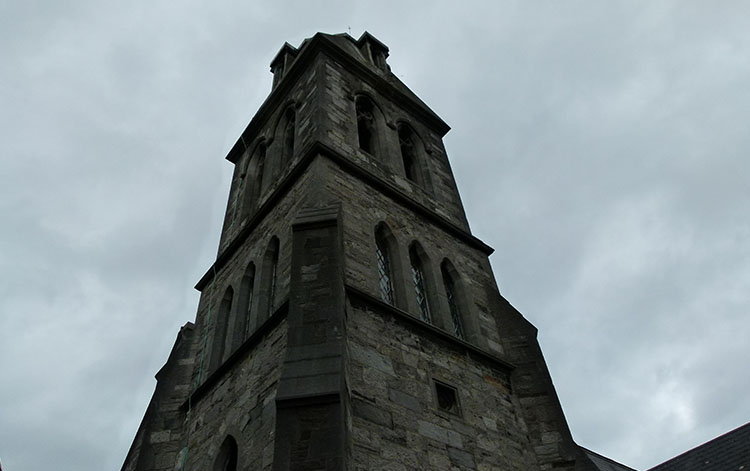 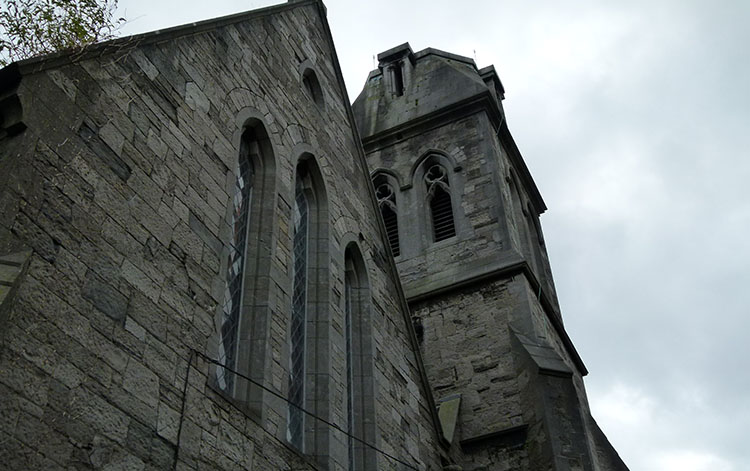 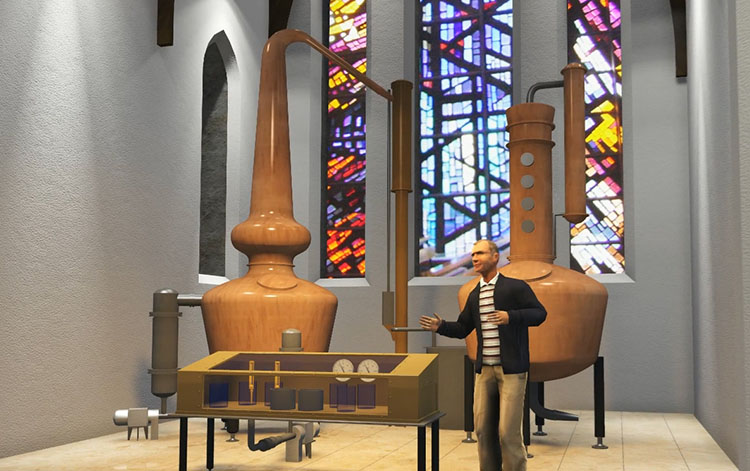 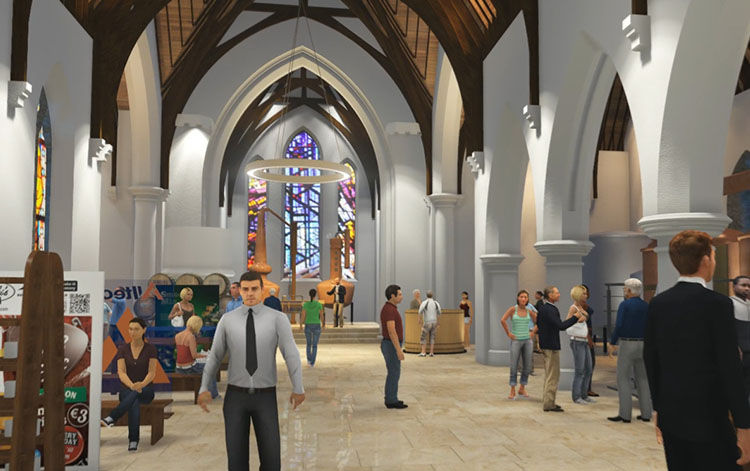 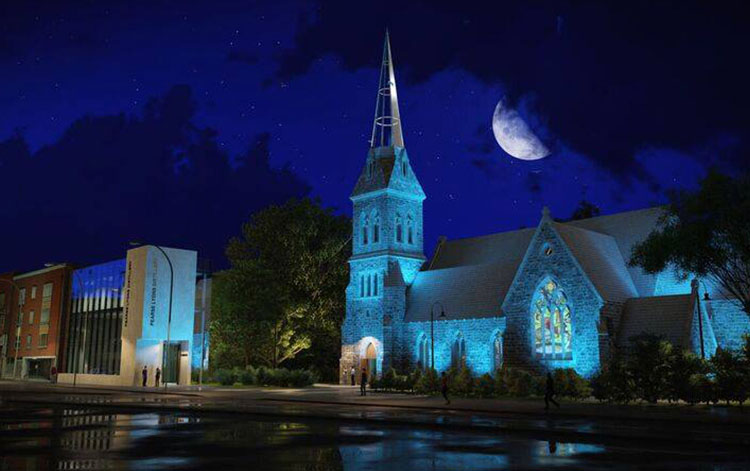 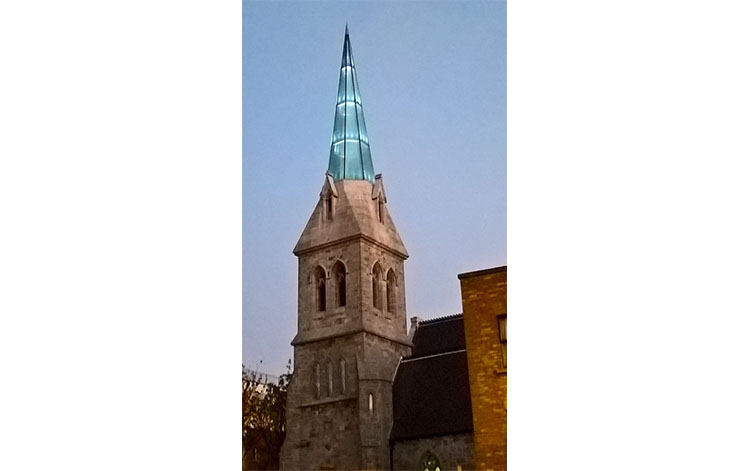 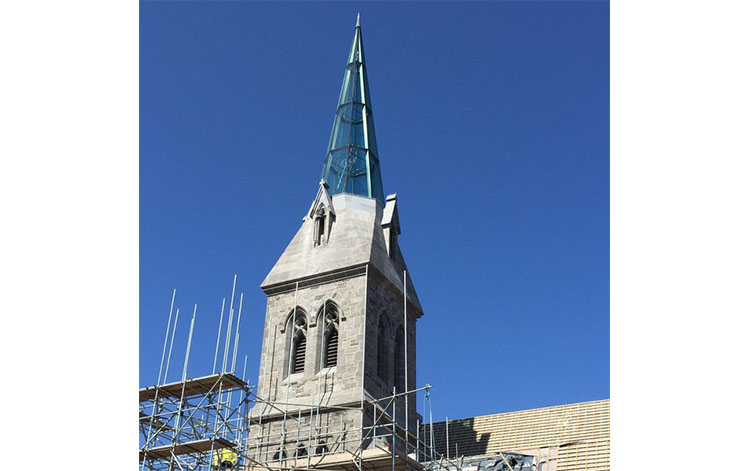 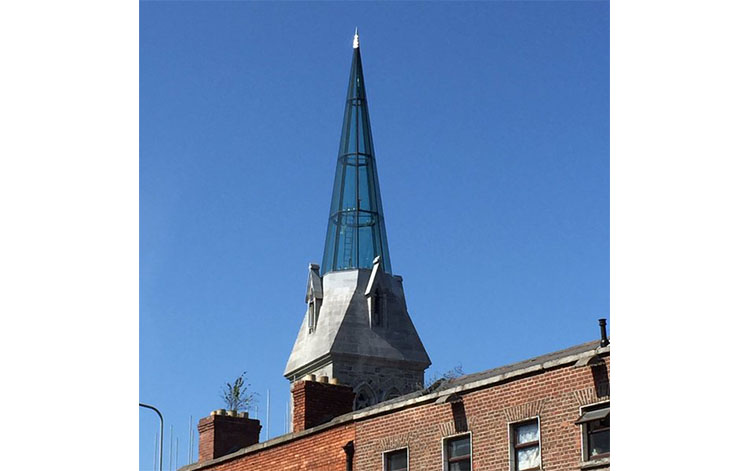 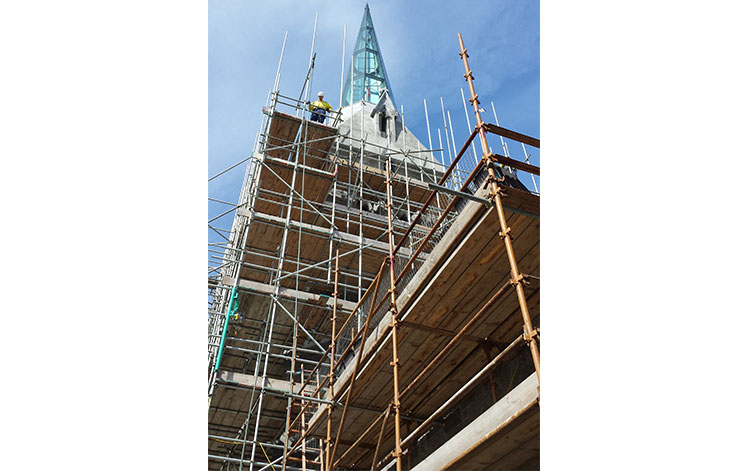 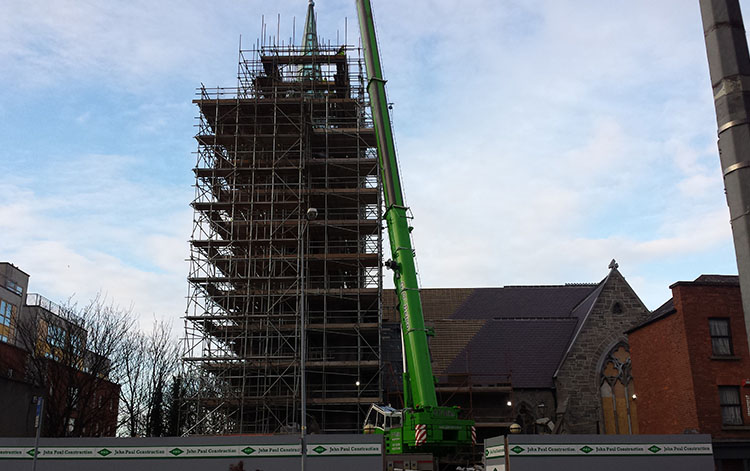 Alltech are a global science-based company developing and producing products in animal, human and plant nutrition, spread across 123 countries. It’s founder Dr. Pearse Lyons has a background in distilling.

Alltech acquired the church and an adjacent building on James St. They are restored the church and spire and the church building is converted for use as a craft Distillery. A visitor centre for the distillery has been constructed on the adjoining site. The project  also facilitated the restoration of the surrounding graveyard, where there is evidence of burials going back to the 15th century. This will be landscaped as part of the overall project.

The Church building will have a new life as a tourist destination. It will recount the story and demonstrate the art of whiskey making. Brewing and distilling has always been central to the socio-economic history and well-being of this part of central Dublin. In the 19th century Dublin was the leading centre of whiskey making worldwide. The close environs of St. James housed “The Golden Triangle” of great Dublin distilleries, Powers on Thomas Street, Roes on James Street and Jameson across the Liffey. The new visitor centre will celebrate this history and more importantly the stories of the Dublin people who worked in the industry.

The church restoration involved the removal of all of the extant late 20th Century interventions and sub-divisions, which took place when the building was used as a lighting showroom. This will reinstate the original proportions of the building. All original elements such as stonework, windows and roof timbers are being sensitively repaired. As part of the restoration process, the stone columns of the church have been carefully preserved, which originated from the city of Caen in Normandy, France. The slate roof tiles have been meticulously replaced, sourcing them from the original quarry in Wales. A new lime plaster finish has been applied to walls and a new custom terrazzo floor has been laid. Original stone window openings, which were blocked up for years, have been reinstated. Leaded and stained glass windows have been specifically designed and crafted and are central features of the newly restored interior.

The property can be identified from various points in the city by a unique, innovative Glass spire that beautifully enhances the Dublin city skyline. The new glazed spire has been built as a reminder, where the old one was once situated. The magnificent structure is composed of eight stainless steel rafters converging at the top and is hand-welded at all intersections. Internally, new lime plaster finish has been applied to walls and a new floor has been laid.

The adjacent new visitor centre building will act as the public “gateway” from the street for the public. A glazed double height exhibition space will be the starting point for tours and open up new views to the landscaped graveyard. It will be finished in a contemporary stone with a largely glazed street façade providing a canvas for glass art.